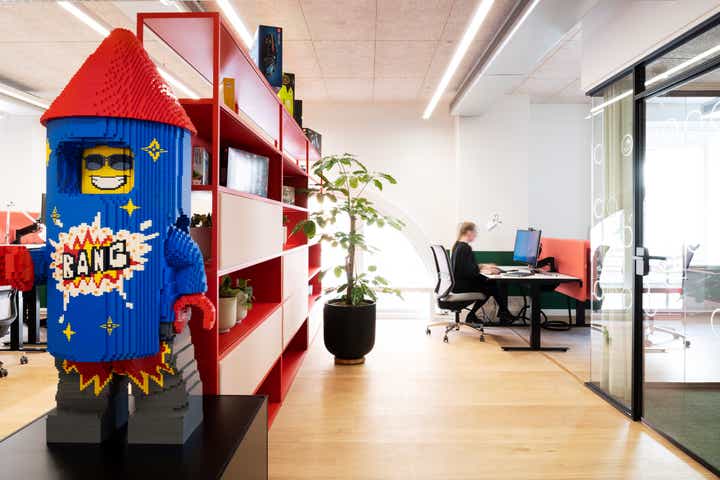 The Danish-headquartered toymaker is investing heavily in online capabilities as Lego looks ahead to a future in which the physical product and the digital experience are inextricably linked.

Following a deal with Epic Games, the company behind Fortnite, Lego is getting serious about its involvement with the metaverse, and with a digital layer on top of its core physical business at large.

But it’s also interesting to see a physical company – which continues to expand its store footprint as a critical point of its brand experience – adapt to the demands of digital, where trial, error, and adaptation are the methods for growth rather than major, hyper-planned, multi-year projects.

Partly, this is a case of existing capabilities coming in-house – though that too suggests that those skills are more important than ever to the company.

Speaking to the Financial Times, Lego CEO Niels Christiansen explained that its software investment would approach several hundreds of millions of dollars. Software-focused employees are expected to triple from 2021’s headcount to 1,800 by the end of 2023

Lego has been involved in gaming for many years, but certain major opportunities had passed the privately-owned firm by. The big one, according to insiders, was to have allowed a Minecraft – whose boxy graphics are deeply reminiscent of the Lego brick – to emerge and not to have either become involved or to have made its own, better version.

“Our digital transformation is one of the single largest investments the LEGO Group will make in a generation. We’ve been blending physical and digital experiences for many years and are excited by our progress. But, we have big ambitions so are accelerating our investment and expanding our digital team” - Atul Bhardwaj, chief digital and technology officer, Lego Group, in a statement.

Sourced from the Financial Times, Lego