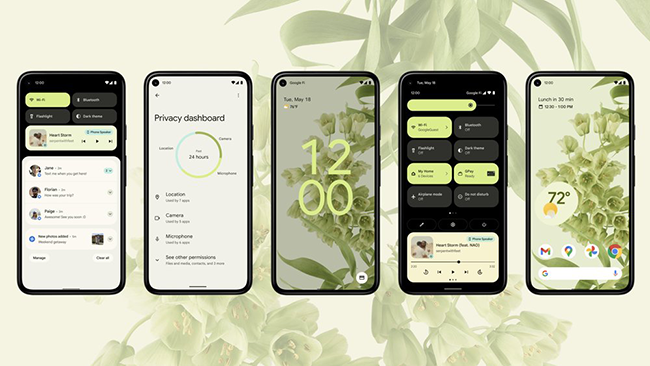 With the unveiling of Android 12 at Google’s IO developer conference, the internet giant responds to significant privacy moves from rival Apple with a new set of tools that stop just short of an Apple-style block on tracking.

When you run the world’s biggest operating system, powering more than three billion mobile devices worldwide, the changes you make to users’ privacy settings matter. A few weeks ago, the idea that Google could follow Apple’s stringent App Tracking Transparency feature in iOS 14.5 might have been disastrous for marketing as well as a major about face for a company that has built an empire on personalised advertising. Google’s option to block ad personalisation – i.e. tracking – exists in the settings, but it doesn’t make it as easy for users as Apple does with a single tap.

While users are likely to first notice Android 12’s new visual aspect, a design language known as Material You, it arrives at a time of heightened interest in big tech’s privacy credentials. Given that a mobile is by far the most-used device in their lives, privacy is now crucial: Google’s own figures say two thirds of customers consider privacy a key purchase driver when choosing an OS.

Basically, Android 12 now aims to make it easier to see what information apps on your phone are accessing and to simplify the ways you can control it. More vaguely, the company says it is also “investing in reducing the scope of permissions so that apps only have access to the data they need for the features they provide”.

The broad themes, then, are more informed consent from users, and data minimalism for developers.

The features that matter to marketers

User-focused features like lockable image folders and deleting the last 15 minutes of search history have been well-documented elsewhere.