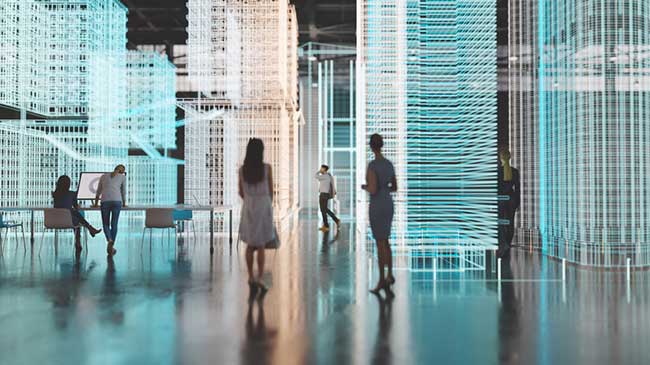 The social media giant is bringing together a high level product group to work on its metaverse product – a collision of its social networking and virtual/augmented reality interests.

The success of ostensible gaming platforms like Fortnite and Roblox outside of pure-play gaming, when users began looking for virtual spaces in which to hang out with friends as well as games to play, has supercharged the opportunity Facebook to bring together two of its capabilities in this new set of technologies known as the metaverse.

As ever, it plans to establish a leadership position in the space, seeing an opportunity to go beyond leisure and into a new set of spaces that could revolutionise the way organisations work. Additionally, it's worth remembering that where Facebook is interested a media opportunity for partners is rarely far away.

“The defining quality of the metaverse will be presence -- the feeling of really being there with people -- and [Facebook Reality Labs] has been focused on building products that deliver presence across digital spaces for years. […] But to achieve our full vision of the Metaverse, we also need to build the connective tissue between these spaces -- so you can remove the limitations of physics and move between them with the same ease as moving from one room in your home to the next” – Andrew ‘Boz’ Bosworth, VP of AR/VR, Facebook.