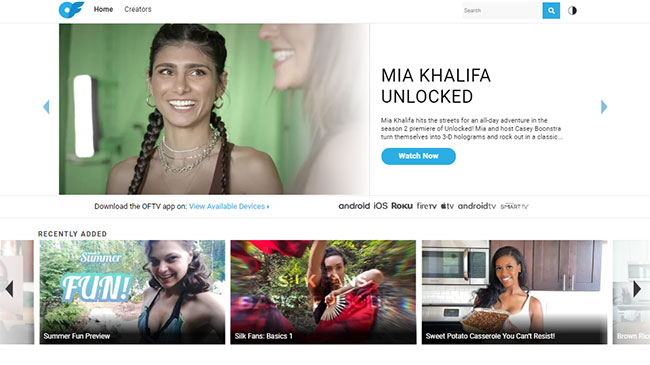 OnlyFans is trying to shake its pornographic reputation – it plans to use a free, nudity-free app and video site, OFTV, that can appear on app stores, to show that it deserves a place among other creator economy platforms like Patreon and Substack.

Named OFTV, the app is available on all major mobile and TV devices, including Amazon and Roku. The site has launched with over 800 videos.

It is going about the business of shifting perceptions in an interesting manner: one effort is an original series, Unlocked, which features some of its most famous starts, some of whom have made their names through adult content. But it also shows a wider array of talent that already exists on the platform.

While this is a kind of advertising, it will be interesting to see if an owned media property is able to reach far enough outside of OnlyFans’ core users in order to shift the dial or whether it will have to dip into paid media.

OnlyFans is now trying to raise more money this year, according to Bloomberg, and is attempting to walk a tricky line between expanding its appeal to both mainstream talent and customers at the same time as retaining its original fans.

It also reflects the fact that, like other creator economy platform, it alone is not enough to power the careers of the long tail of creators. On Substack, many writers use Twitter fame as their boost; on OnlyFans, another method may be what’s needed.