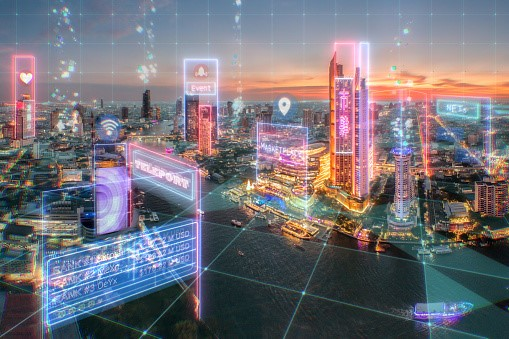 Despite the sense of inevitability with which some of its cheerleaders like to talk about the metaverse, it can be a lonely place – new data suggests that some of the platforms that have attracted huge amounts of investor excitement (and money) are still pretty empty.

Both Decentraland and The Sandbox, two metaverse platforms, aren’t attracting big money because they’re already making loads of money, but because of the promise that they will be at the forefront of the next big thing.

But the next big thing is quite simply not yet here, with many people still not sure what the metaverse means. There’s a lot to think about for those who gleefully conflate the ideas of the metaverse with web3. These numbers should tell us that the potential interest in video-game-like virtual worlds is not the same as the interest in blockchain technologies. Pause, and make sure to be specific.

Some brands are already interacting with these platforms, largely in a testing capacity. As things stand, it’s not clear whether the metaverse will be a place for brands to appear in an advertising context or in a mass marketplace.

A new datapoint from aggregator DappRadar, reported by CoinDesk, finds that The Sandbox and Decentraland, each valued at over a billion dollars, are posting some pretty disappointing daily “active user” numbers. In a 24-hour period, the former had 522 active users, while the latter had 38.

It's worth bearing in mind that DappRadar’s definition of “active users” diverges from that used by social media platforms, in that it only counts people purchasing the platforms' utility tokens. This means it misses the people who just log in to chat or interact but not necessarily to buy and sell tokens.

Nevertheless, the poor user numbers chime with numbers coming out of Meta, whose shift was the subject of a long New York Times piece reporting that the company’s metaverse chief had expressed disappointment in how few employees were using the flagship product, Horizon Worlds.

“The simple truth is, if we don’t love it, how can we expect our users to love it?” said Vishal Shah, VP, Metaverse, in a message to employees.

So how many users are there really?

In response to reports of low numbers, Decentraland says the average daily users on the platform number 8,000. However, a community-developed platform measuring unique visits showed an average of 6,999 users each day.

The Sandbox also disputed the numbers. In comments to CoinDesk, co-founder Arthur Madrid argued: “Imagine you only track the number of people paying for something at a cashier at a shopping mall. That doesn’t mean there aren’t a lot of passerbys.” Which appears to suggest that stores aren’t judged on sales.