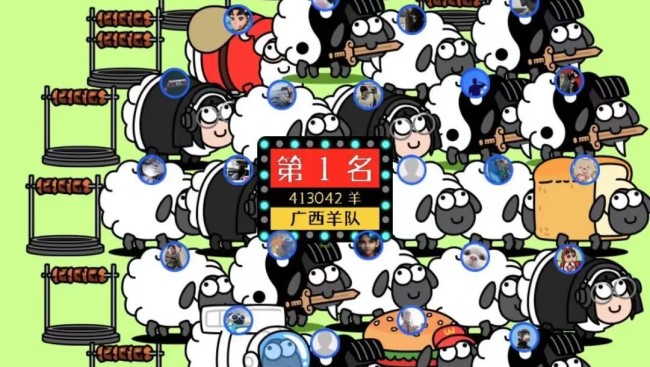 A new WeChat mini game has exploded on the platform, garnering tens of millions of daily active users in just a handful of weeks, illustrating the strange business of gaming apps and their intersection with advertising, all within the Tencent-owned super app.

A flourish of reporting about the game, which is known as yánglegèyáng 羊了个羊, and translates roughly to Sheep a Sheep, highlights this incredibly fast-growing mobile game that added around 60m players in just two weeks, while interest in hashtags relating to the game have also exploded. This looks to be far faster than even some of its biggest competitor games.

Similar to Wordle’s explosion across the English speaking world, analysts have traced this kind of game’s popularity to a growing idea of “hard fun,” with some players staying up all night to try and beat a game that only 0.1% of users have finished.

These days, most major social media firms around the world aspire to the super app condition of WeChat but very few achieve it. By comparison, Tencent’s position in the digital economy is closer to an OS or app store than a messaging service. But question marks remain over the sustainability and privacy of these games, even though they are vitally important to Tencent’s business.

Despite the massive growth, some would-be players have expressed concern about the game’s apparent practice of asking for both users’ names and personal ID numbers without explaining the purpose of this data collection. It’s a useful reminder to justify collection, especially if it hopes to continue growing.