What’s behind the Meta results? | WARC | The Feed 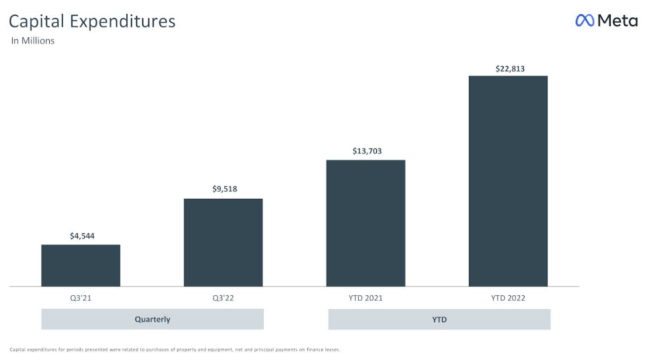 What’s behind the Meta results?

Meta’s Q3 results indicated another difficult quarter for the company, but behind the headlines there are some interesting signals that can tell us more.

In some circles, especially among the US tech press, Meta has become a company that people love to hate, which can lead to some simplistic assumptions about what’s going on.

Meta finds itself in a difficult position thanks to its ad business hobbled by certain device manufacturers, and now a slowdown from brands and businesses in the face of economic uncertainty. But it is undergoing multiple transformations, of which the much-mentioned metaverse forms just one part.

While there are very long-term bets, shorter term fortifications have cut into margins but their logic is far clearer, even if they remain gambles. “The Reels work, the discovery engine work, all the ads work on signals, the business messaging work, we can’t tell you right now how much – how big they are going to scale to be”, says Zuckerberg.

“I appreciate the patience. And I think that those who are patient and invest with us will end up being rewarded.”

The nature of headwinds

If there’s been a go-to word this earnings season, it’s been headwinds. While they are considerable, and slightly more acute for US-based companies that sell across the world given the dollar’s strength, Meta is facing more than its fair share.

Naturally, Mark Zuckerberg, CEO and Founder, argued in the call to investors that the company’s “fundamentals are there for a return to stronger revenue growth,” near-term challenges have meant weakened demand for the firm’s services.

Still, some important long-term revenue headaches are moving in the right direction. Click-to-messenger and click to Whatsapp – the revenue laggard in its roster – are both seeing positive growth with a $9 billion and $1.5 billion annual run rates. Even if they are yet small parts of the business.

Because digital ads are so highly profitable, it’s normal that investors have grown used to such large margins. Back in Q4 2020, according to the firm’s numbers, we were talking about a 46% operating margin that has now more than halved to around 20%.

An erosion of Meta’s profitability has been predicted since long before the name change, as the mountains of bad PR in 2018 and 19 caused some analysts to wonder whether the cost of attracting talent would start to weigh. Those predictions were not entirely wrong – in that margins narrowed – but the real costs appear to have come from the bad-PR defying new direction: the metaverse, and what it takes to build it out.

It appears that, similar to the decline in YouTube’s ad revenues, it’s big brands that are pulling back from social advertising, according to CFO Dave Wehner, who noted that “revenue growth from large advertisers remains challenged, while we have seen more resilience among smaller advertisers.”

This may speak to deeper troubles thrown up by forces outside of the company’s control, not least Apple’s Tracking Transparency, which has hit the company’s ability to measure hard. It is also, according to Zuckerberg, in a tough position due to prevalent attribution theories, given that Meta’s advertising tends to sit further down the funnel than broadcast but higher up than search, meaning that its business effects aren’t as visible as the final touchpoint. For a company that has built itself around the ease of buying and measuring this is a problem.

Plenty of investors are growing to see the company’s metaverse bet as a nerdy whim that is increasingly difficult to justify at a time of diminishing margins in the core business, but it’s not the whole story. It appears that the company is less and less willing to rely on the ecosystems of other device and operating system makers.

Reality labs is spending a lot of money ($3.7 billion) while not making a lot of revenue ($285) this quarter, and while Zuckerberg told investors how he appreciated their patience as he defended the building of a new internet of “historical importance”, but there are other investments going on.

But this bluster masks a story of building self-sufficiency. Notably, this has meant investments in machine learning to bolster its ailing recommendation and ad tracking capabilities and the datacentres that it will need to grow its headroom for more internal processing (and, of course, the metaverse).

“Fortification against external risks is certainly a strategic advantage over the long-term,” Zuckerberg added, “but probably not the only reason why we are doing this.”