Consumers in India spend an average of 19.1 hours per week to listening to music, more than 7% higher than the global average but advertisers are still hesitant about allocating budget towards programmatic audio, according to a new report from Xaxis India.

The Programmatic Audio Playbook found that despite the high consumer adoption rate, only 71% of advertisers commit less than 10% of their total ad investment to digital audio channels while 50% of publishers and media owners currently no revenue from digital audio advertising.

According to publishers, the four most important metrics for clients running programmatic audio advertising are – brand awareness (71%), advertising recall (71%), reach and frequency (54%) and the listen through rate (54%). 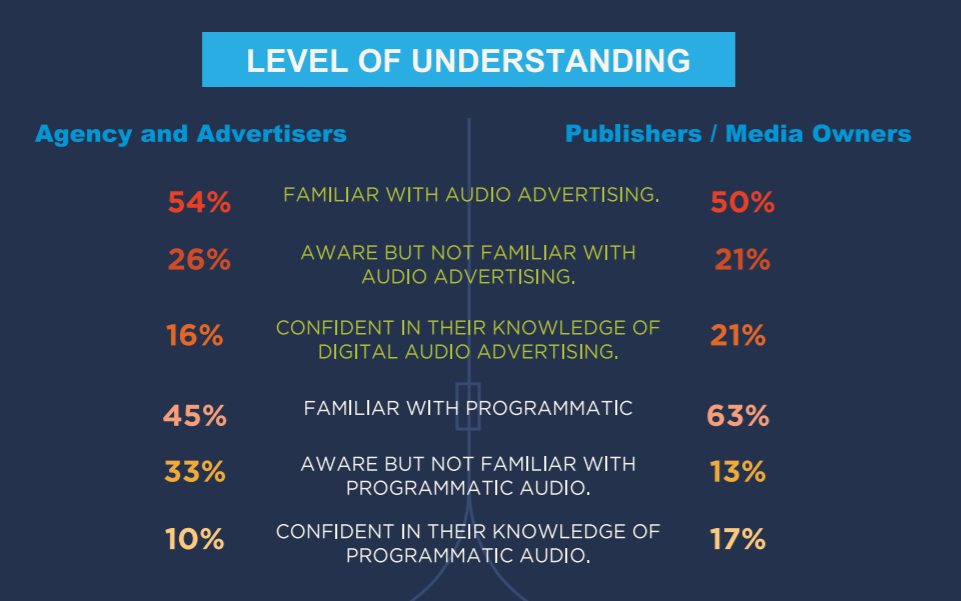 Bharat Khatri, Country Head, Xaxis India, told BestMediaInfo that programmatic advertising for audio in India is at a very nascent stage but the future of the digital audio advertising industry looks bright.

“Soon digital will surpass broadcast as an audio consumption channel. Today over 200 million users use music streaming services. Yet, we have realized that audio is an undervalued and underutilized area by the advertising industry. As internet access via mobile grows, we believe that audio advertising can provide an edge to the advertiser and brands,” he added.

The report noted that the future of the digital audio industry looks optimistic where the number of smartphone users in the country is estimated to reach 829 million of the total population of 1.4 billion by 2022, as a clear majority of advertisers believe that mobile devices (94%) are the most effective means to reach audiences. While the Indian music industry is also expected to grow at CAGR of 15.8% between FY19 and FY24; audio streaming is expected to be the key catalyst for this growth.

Xaxis surveyed 107 agency and advertiser participants, and 25 publishers and media owners to understand the drivers, challenges and adoption of programmatic audio in India.