Google parent Alphabet has opened itself up to show the workings of its vast operation, announcing revenues from YouTube and its Cloud division for the first time, but a slowing in both its advertising and non-advertising business indicates new sources must be found to continue stratospheric growth.

The top line of Alphabet’s results: Q4 revenues were up to $46.1 billion in 2019 from $39.3 billion in 2018, which is healthy but short of the expected $46.9 billion.  Profits were, however, up on analysts’ estimates. Softness in revenue was laid at the door of Google’s hardware department, whose jump in sales last year was impossible to match.

Now 21 years old, the company, founded on and still reliant on its search engine, has long bucked stock market norms in ways both good and bad. To many analysts, however, the company’s reluctance to reveal its inner workings was more a sign of ongoing immaturity than of major disruptions.

On the first earnings call since Sundar Pichai took over the parent company from founders Sergey Brin and Larry Page, news of YouTube’s size and Cloud’s position are now coming clear.

As expected, YouTube is big, really big: in 2019, the video streaming platform brought in $15.1 billion, up from $11.2 billion the year before. As a result, with that rise, the service now accounts for almost 14% of Alphabet’s ad revenue.

For scale, that’s more than ABC, NBC, and Fox combined, the FT notes. 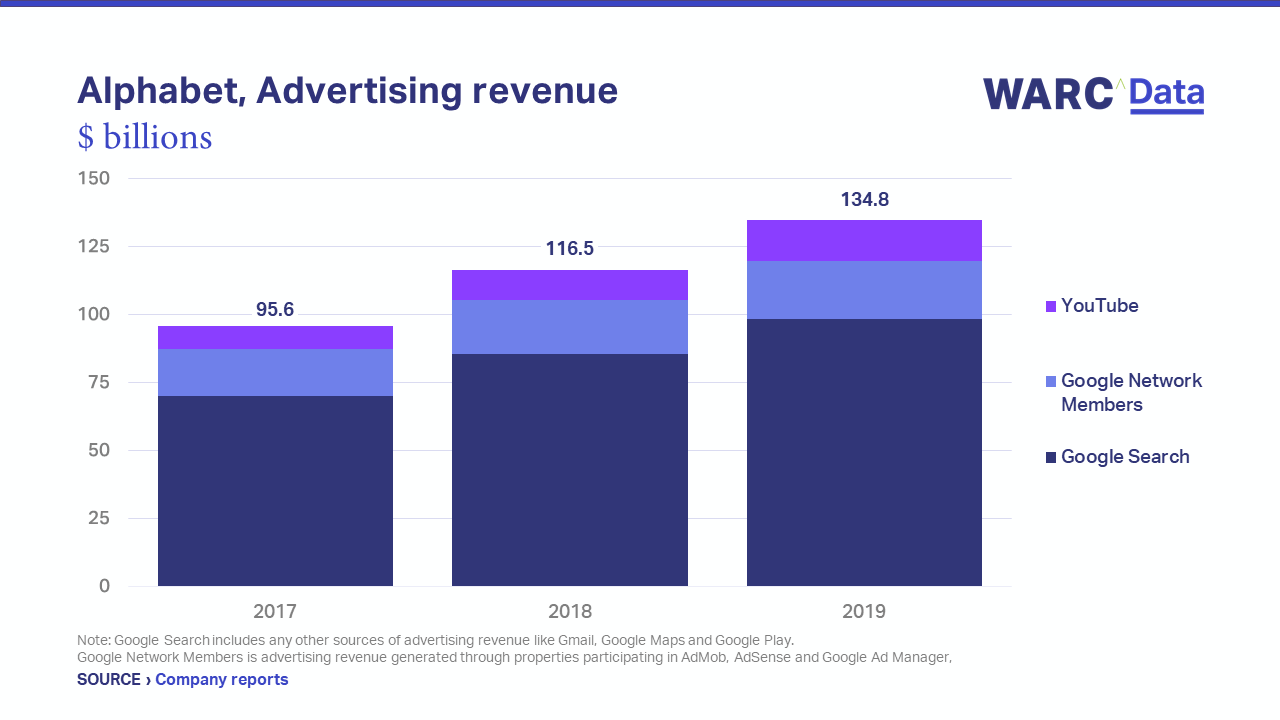 Cloud, meanwhile, is much smaller at $2.6 billion (this includes G Suite as well as its various cloud computing options). To understand what’s happening, it’s useful to look at the division’s run rate – effectively, a way of annualizing financial data to get a glimpse of growth in the absence of full year data – which puts it well over $10 billion with a growth in run rate of 53.6%. Of course, comparisons are key here, and Google’s competitors dwarf the search giant with Amazon’s AWS raking in $10 billion and Microsoft (which includes both its cloud and SaaS divisions like Office 365) bringing in $12 billion.

The new visibility, explained CFO Ruth Porat, was to “provide further insight into our business and the opportunities ahead”.

The important bit: what happened to the company’s core advertising business? Well, advertising is going well, with continued strength in video but it is the slowest quarter of growth since 2015. 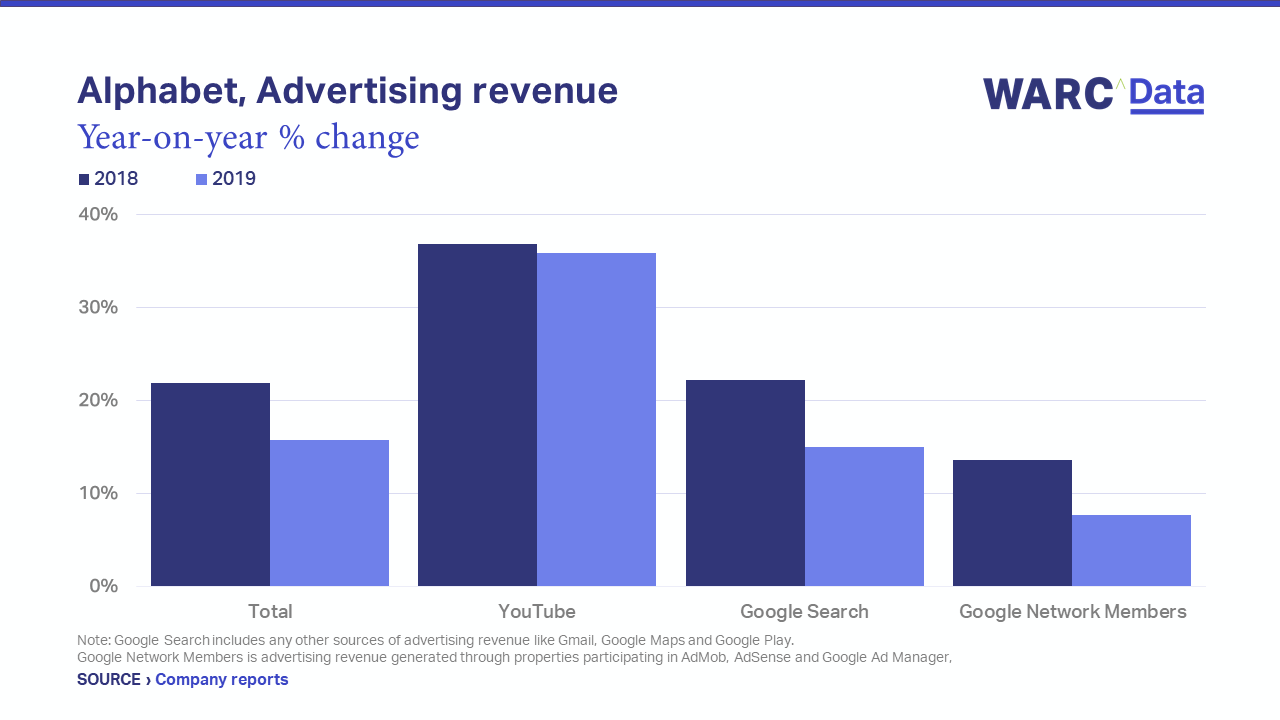 According to Pichai, there remains a large opportunity in this area, especially as YouTube’s main focus is brand advertising; a shift to more direct response functionality, like much of the rest of Google’s advertising empire, could open important doors.

Similar to Facebook, though, Google’s slight softness points, if not to struggles in the global ad market, then perhaps to a less frothy market. What seems to have happened is that the magic wells of tech-driven financial growth are beginning to look a little more like the ongoing work of mortals rather than gods.