Nationalistic fervour amid souring relations with the United States and Australia, has contributed to a sales drop in China for foreign dairy products.

Overseas brands accounted for 23% of sales on Tmall from January to August, according to the latest dairy tracker report published by China Skinny. Their share on the business-to-consumer online platform has steadily declined from 52% in 2016 and 35% in 2019. 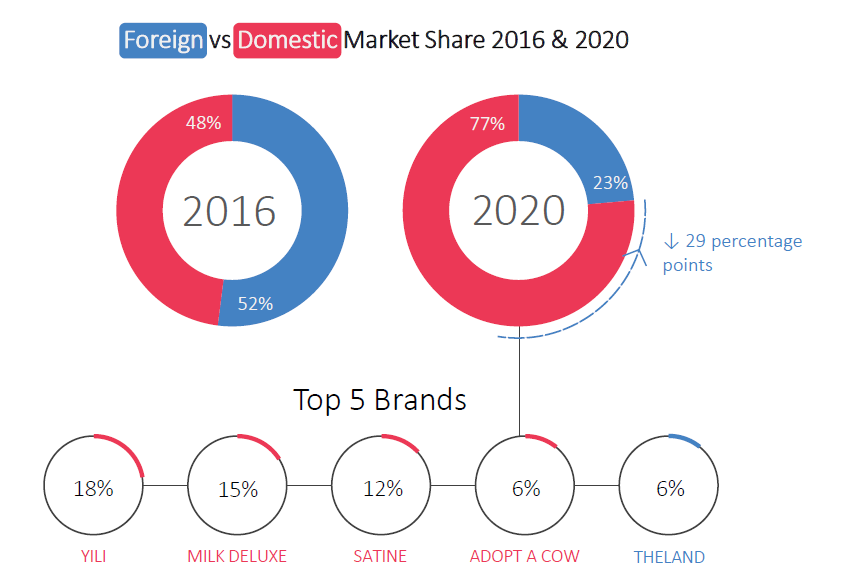 “We are surprised to find the stark decline since the outbreak, which bucks a trend of Chinese consumers’ rising milk consumption,” Mark Tanner, managing director of market research firm China Skinny told SCMP. “Many foreign brands we talked to cited rising nationalism as the reason for the declining market share.”

Fresh milk imported from Australia, for example, slumped more than 20% in July, according to Chinese Customs data, as China curbed the import of Australian barley, beef and wine products thanks to the ongoing trade and diplomatic spats.

The Australian government recently blocked China Mengniu Dairy from buying some of Australia’s best-known milk brands under a A$600 million (US$429 million) deal it signed with Kirin Holdings of Japan first announced in November last year.

The China Skinny report projects no slowing down in dairy consumption in China and even suggests consumers are ‘under-consuming’ compared to where they want to be.

In addition, while the foreign versus domestic premium gap has closed somewhat, foreign discounts remain three times higher than domestic discounts and market share has fallen dramatically. The market share drop may appear sharp, however, the firm noted that this has been a consistent trend since 2015 when domestic brands started to reclaim dominance over the market. 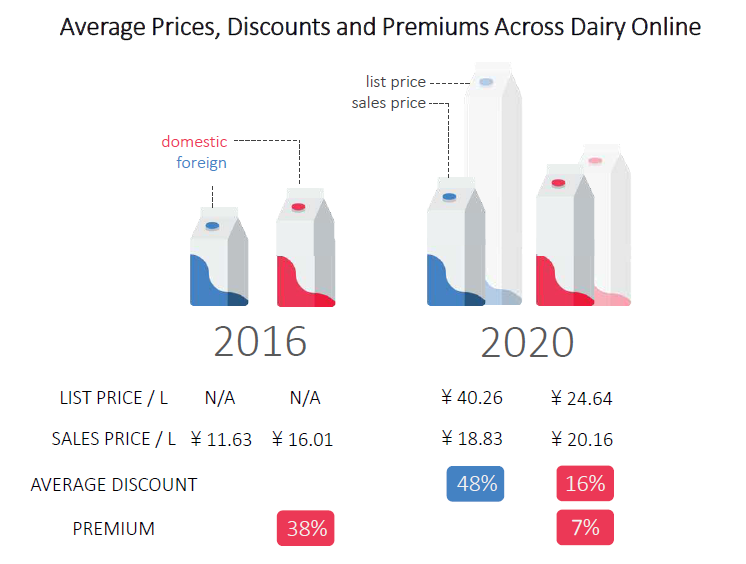 Imported milk products were long favoured by mainland consumers after a melamine scandal in 2008 eroded trust in local production.

“The advantage has been largely narrowed as [foreign milk brands] cannot hit some basic needs, for example, smaller and portable packaging,” said Tanner. “Local domestic producers have also spared no effort in winning back their faith.”