India has recorded the sharpest surge in e-commerce adoption across multiple categories compared to other markets, including China, Brazil, Indonesia, Thailand and the Philippines, according to a study by Facebook India and Boston Consulting Group.

The study found that 33% of respondents in India expect to buy household care products online in the next month compared to 19% respondents in China, 18% in Indonesia, 4% in Brazil and 9% in Thailand. The Philippines reported negative growth of 6% in preference towards the e-commerce channel.

Similarly, for personal care, fresh food and packaged food categories, 44%, 31% and 34% Indian respondents respectively led the table showing a maximum preference for online buying in comparison to the buyers in the said countries. For health supplements, 47% of Indonesians expect to choose e-commerce routes followed by 43% of respondents from India.

In addition, about 50% of consumers expect to increase their e-commerce spend in the coming month even for traditionally offline categories like vitamins, supplements, personal care products, cosmetics and non-prescription medicines. Spending on health and hygiene is expected to increase by more than 40% over the next six months. 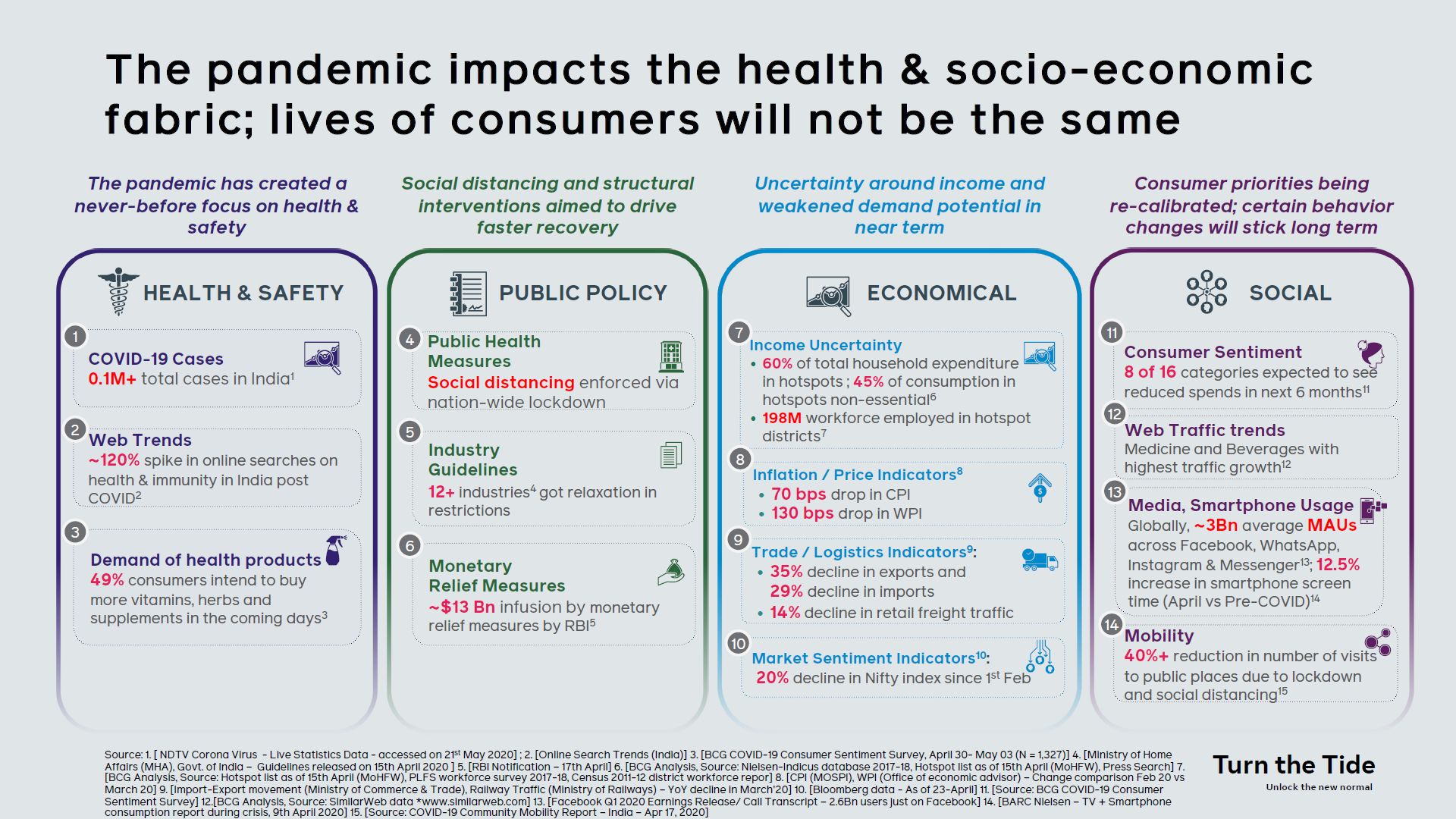 Nimisha Jain, managing director and partner at BCG, said that these unprecedented shifts in consumer attitudes and behaviours will not be temporary. “Many will last longer and become more defining traits. Over 80% of consumers will continue to practice social distancing and are bringing the outside inside, over 40% are dialling up on health and wellness spends, e-commerce adoption has already advanced by 2-3 years, to name a few,” she added.

Jain noted that only one out of six companies would come out stronger once this crisis is over, adding that players who are effectively capable of reinventing their value propositions, go-to-market plans and business models would be the ones that set themselves apart from the pack.