The coronavirus outbreak has prompted brands to take a more serious tone with their advertising, but a loss of humour in creative is a trend that’s been developing for the last 20 years. 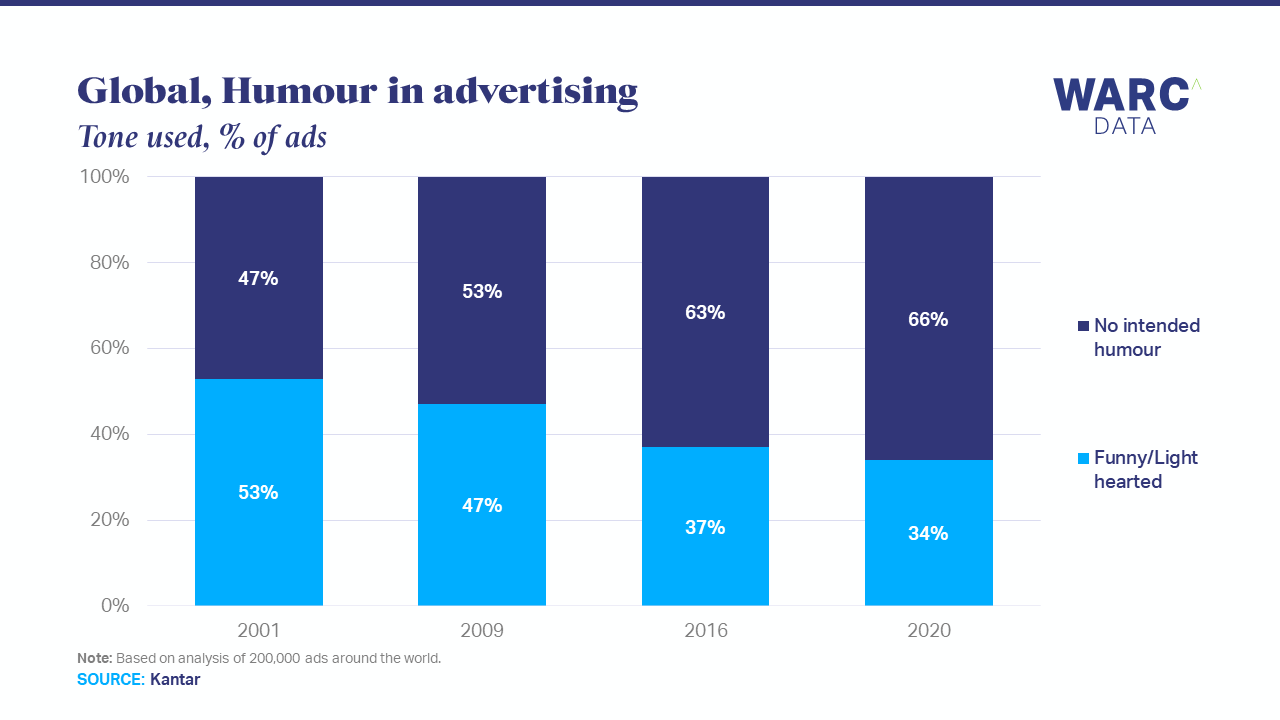 Research by Kantar has found that in 2001, over half of the ads analysed used a funny or light-hearted tone. Just eight years later, humour in advertising had become a minority approach to engaging consumers – being used in less than half of ads analysed.

After a period of profound financial crisis and economic collapse from 2009, brands turned further away from humour. By 2016, only 37% of ads used a funny or light hearted tone and this has dropped to just over one-third this year.

Are brands missing a trick in these difficult times, though? Consumers seem to think so. In April, a peak time for COVID-19 uncertainty and fear, Ipsos found that more Americans want advertising to make them feel ‘positivity’ or ‘enjoyment’ (40%) than make them feel ‘security’ (37%).

Comedic ads from supermarket Aldi, beer brand Busch and TV network Canal+ are just three examples of success, all of which have the same level of acceptability with consumers as before the outbreak.

There’s even the potential for consumers to now find advertising with a funny tone more engaging. People are searching for a moment of light relief during this difficult year, anything that can provide that has the potential to go down well.

Business results agree. A common theme from this year’s WARC Effective 100, a ranking of the most awarded campaigns and companies for effectiveness, is the use of parody. Not only does it engage consumers with entertaining content, it can help build suspense and excitement for a later reveal.

If competitors have ‘gone dark’ with their advertising or are each running similar campaigns of seriousness, brands will really be able to cut through with humour.

Sensitivity is vital, though – some consumers may interpret the joke differently to intended. In that case, it’ll be the brand that’s the laughing stock.