Programmatic advertising in Asia continues to grow, with media buyers championing OTT as the major growth format for 2020, according to a new report by Rubicon Project.

The format was ranked in the top three formats that will experience the most programmatic advertising budget growth over the next 12 months by 47% of respondents, with 17% of respondents placing it in the number one spot.

COVID-19 was also found to be accelerating this growth across the region, with media buyers shifting programmatic advertising budgets to take advantage of the surge in demand by consumers for content on demand.

For programmatic overall, 76% of respondents reported high or medium levels of adoption, and some 88% indicated they expect programmatic budgets to remain the same or increase despite the impact of COVID-19 on overall advertising budgets. 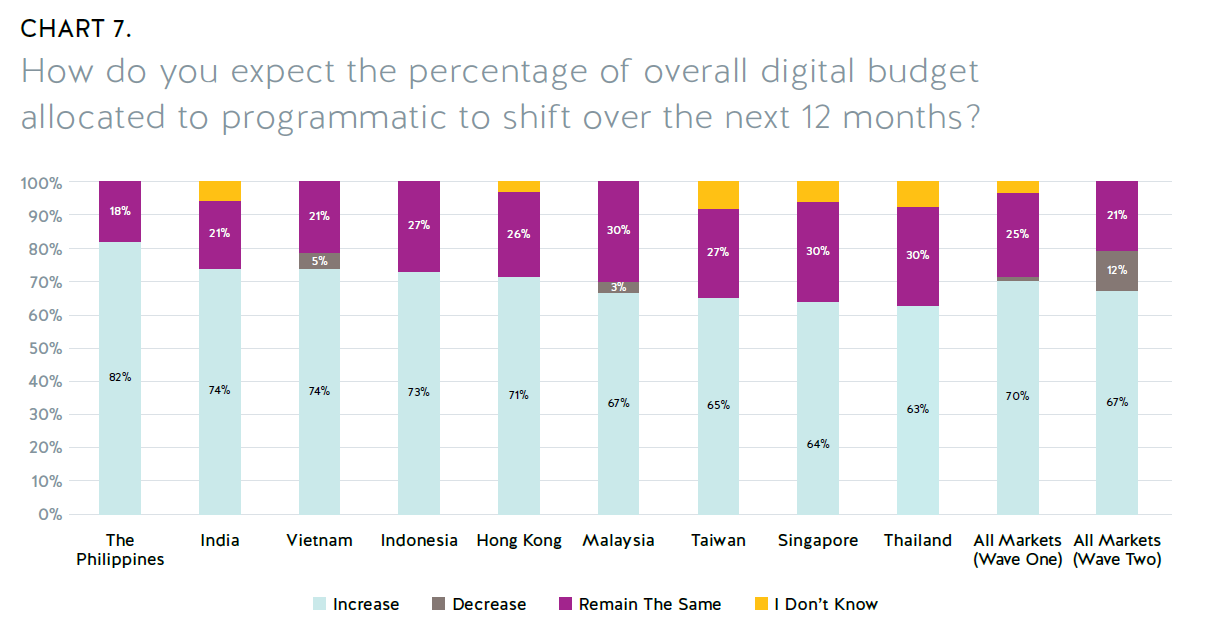 According to the report, clients are also taking a more active role in driving advertising spend toward programmatic. As awareness and understanding develop, media buyers are reporting having more freedom to allocate a greater portion of digital ad budgets to programmatic.

Media buyers also indicated that they believe the single biggest challenge hindering further growth of programmatic advertising budgets in Asia is a lack of understanding and a lack of appropriate skills to effectively plan and execute programmatic ad campaigns, particularly outside of the walled gardens.

The three levels of adoption reflect the extent to which programmatic buying is utilised, the sophistication of buying strategies, and the level of programmatic knowledge among media buyers.

The research, which was conducted by Campaign Asia for Rubicon Project, surveyed 185 marketers across nine countries in Asia in December 2019 and again in April 2020.