It’s been a volatile few months for e-commerce during the pandemic – here are four stats from NYU’s Professor Scott Galloway that point to its future.

True to form, Galloway, who spoke at last week’s Lions Live event (watch here) tells it like it is. “We have approximately 140 slides and 1200 seconds, so let’s light that bougie!” Of those 140, here are a selection. 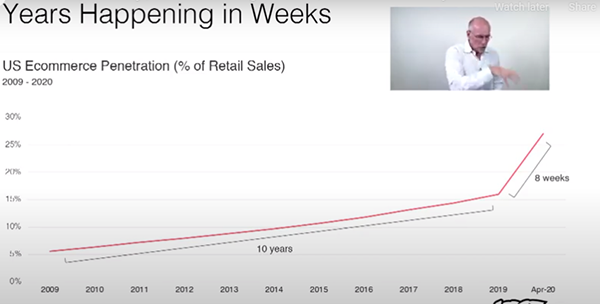 “The percentage of retail done on digital channels has gone up one percent each year. And as of 2020 it was at 18%, and then in eight weeks it went to 28%! We had a decade in eight weeks.”

Because then there’s the rest of retail…

Online grocery is a big winner 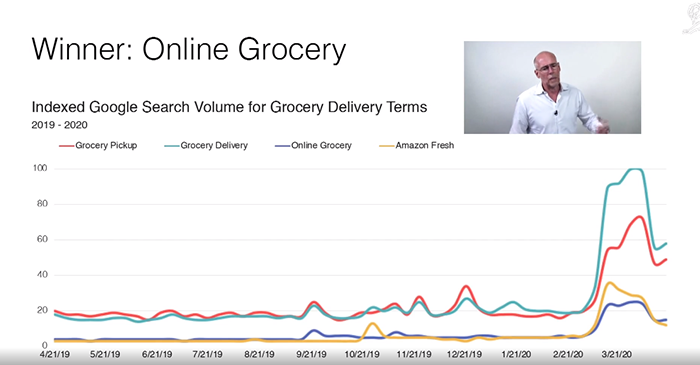 “Online grocery, which was about 1.8% in the US; it’s about to jump 15-20%. Think about what happens when $100-150 billion of grocery transitions from tertiary to online: you’re talking about cold storage, logistics, pick and pack automation. This is going to create tremendous disruption and tremendous opportunity as online grocery accelerates.” 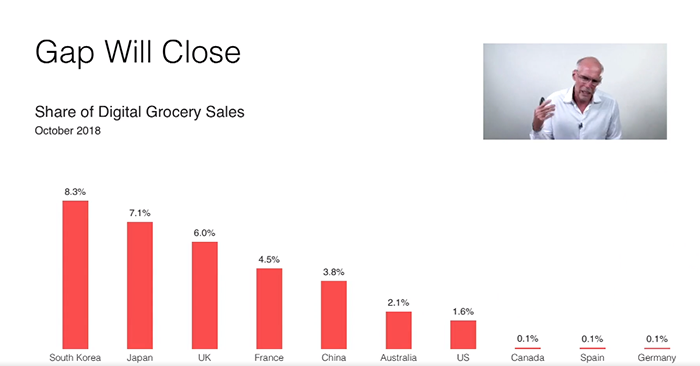 For more on the future of e-commerce, stay tuned for the WARC Guide to effectiveness in the e-commerce age, arriving in the first week of August.