FMCG giant Unilever plans to grow its plant-based segment to €1bn within five to seven years, according to reports. 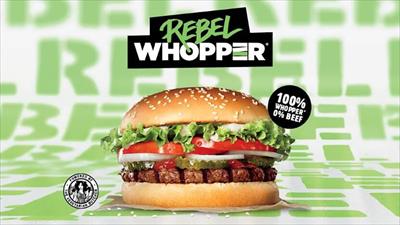 Why it matters: Unilever is something of a latecomer to the development of plant-based meat and dairy substitutes, but the group is bullish on the category’s growth. This optimism comes  a year after beating Nestlé and Beyond Meat to become Burger King’s European supplier, while its Vegetarian Butcher acquisition is growing “explosively” in what Euromonitor predicts will be a $37.9 billion industry.

With a 2020 sales target of €200 million, Unilever will concentrate on innovating on milk-free ice cream and egg-free mayonnaise, on top of the protein and meat alternatives market, forecast by UBS to hit as much as $85 billion by 2030.

The news comes as the supermarket chain Tesco announced back in September that it aims to grow sales of meat alternatives by 2025.

- Multinational involvement is likely to push down prices while extending distribution to supermarkets.

- Though smaller tech players have captured the headlines, Unilever will focus on organic growth.

While interest in the innovations of companies like Beyond Meat and Impossible have captured people’s imaginations, both have run up against the demands of production and distribution at scale. Normalisation is key, and major multinationals are crowding into what is an ever more competitive market.

Big idea: “Algae is going to have a big role in providing nutrition to us all,” Hanneke Faber, president global foods and refreshment at Unilever says.