Nearly 15 years after the invention of the smartphone, we may have reached our peak screen threshold, writes VCCP’s Charles Vallance.

The ad industry is famously sensitive to downturns. As soon as sales begin to drop, one of the quickest (if short-sighted) economies a finance director can make is to raid the marketing budget. The only consolation for ad folk is that the advertising sector is also one of the first beneficiaries of an upturn.

The pandemic has proved no exception to the down/up pattern of advertising in an economic cycle (though hopefully the pattern is rather more V-shaped than usual). There is pent-up demand out there, and advertisers are queuing up to harness it. Media inflation is back, and so are the big, celebratory ad campaigns.

Given this sense of an upswing, it is perhaps worth asking what, if anything, has changed for advertising since the start of the pandemic? It's a massive question, and worthy of several articles. But, to cut a very, very long story short, the advertising fundamentals will endure. Bill Bernbach's theory of 'unchanging man' will still apply. Advertising will still be addressing the same primary motivations: our desire to care, to make the right choices and thus to belong, succeed and be admired.

That said, I think we'll look back on the early part of this decade and notice one very significant change in the nature of communication. And it is a change that has undoubtedly been accelerated by the pandemic. This change is not about the logistics of our material lives, whether we'll commute less, side hustle more, or all live in Cornwall. Arguably it is more fundamental. Because it is a change in the way we appreciate the world and consume media. A change which has seen a pronounced shift in the balance of power between our viewing lives and our listening lives.

The rise of the ear

The eye so dominates perception that it is easy to overlook the dramatic rise of audio culture. In saying this, I am not for a moment claiming that the 'rise of the ear' is somehow displacing or diminishing the way we see and view things. The eye will remain all-powerful. Nevertheless, over recent years the ear has made some remarkable advances.

Consider, for a moment, life before Spotify and streaming music. Before podcasts. Before smart speakers. Before Alexa. Before Siri. Before Google voice. Before audio-books. Before Headspace. Before airPods, earbuds, Beats or Sonos. Before, TuneIn, Radioplayer, myTuner et al.

In many ways, these are merely warm up acts for the audio ascendancy. TikTok has spearheaded the rise of sound in the formally visual and verbal world of social media. Clubhouse, Locker Room, Spatial and, most recently, Twitter Spaces are building on this success. Facebook is following with a suite of audio services, whilst Slack will soon be introducing audio features to its project management software. Our ears have never had it so good.

There are many explanations for the audio resurgence, some social, some technological, some cultural. The simplest explanation of all is that, nearly 15 years after the invention of the smartphone, we may have reached our peak screen threshold. Indeed, due to so much remote working over the last year, we may have actually exceeded it. Listening is less mentally demanding than looking at a screen, our minds are freer and we are spared the visual pressure, the 'perfection fatigue' that has been stoked by social media. Everyone has a face for radio.

Historically, the ad industry has focused on brand imagery, how a brand looks, how it presents itself, its aesthetics and identity. These remain vital ingredients for success. But success in the future will demand more than these visual elements. Leading brands will also learn how to compete when our eyes are shut or not looking. A brand's soundscape and tone of voice will become increasingly important.

Audio-branding is already something of a buzzword in adland. But we have a long way to go before we can hear brands as clearly as we can picture them. For advertisers and their agencies this is the next frontier. Ear we go. 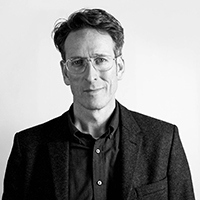 Charles Vallance is Chair and Co-Founder of VCCP.
Get a demo
Topics
Send feedback