Investment in mobile advertising has skyrocketed in recent years, rising to an estimated $137.9bn worldwide in 2018 – equivalent to $35.56 per user. In WARC’s 12 key markets, which between them account for approximately three in four dollars spent on advertising globally (and 91.1% of all mobile spend), the mobile total was estimated at $125.6bn last year. Incredibly, almost 80% of this value has been created in the last five years.

On the current trajectory, mobile adspend will rise to $153.2bn in these markets this year, compared to a projected $138.5bn for TV ads. While comparable in absolute terms, it is important to note that just under half of the mobile total will be spent on paid search, which serves a very different purpose to the top-of-funnel brand building TV is still best at delivering. Viewability and accurate measurement of online ad performance was cited as the biggest concern for 47% of the 800 practitioners surveyed for WARC’s Marketer’s Toolkit. One in five also stated they were unable to measure mobile ROI accurately; most (59%) were uncertain. A similar proportion said the same of social media. So why invest?

The boom in mobile adspend has reflected a surge in daily consumption, which has more than doubled since 2012. Daily time using mobile internet has risen to 3:14 (h:mm) during the last five years – an increase of almost two hours. Over 90% of this time is spent in-app, according to comScore data.

Indeed, WARC believes that mobile will account for the majority of online time for the first time this year: 3:22 per day versus 3:19 for PCs, laptops and tablets (combined). Almost the entire global population now lives within range of a 3G signal, ITU reports, while only 60% of homes have fixed broadband internet access and less than half own a PC.

Social networking accounts for a third of daily online time (all devices), or 2:16 per day in 2018. Over three-quarters of UK adults use a Facebook-owned platform in a typical week, while nine of the top ten most-used apps are owned by Google and Facebook. In the US, where social adspend was estimated at $29.1bn last year, over half of online consumers visit Facebook several times a day.

Almost all of Facebook’s 1.5bn daily users access the platform via a mobile – equivalent to one in five people worldwide – and the company’s ad revenues exceeded $50bn last year.

Aside from a sharp rise in daily consumption, more people are accessing the internet exclusively via a mobile. Projections from GSMA Intelligence put the number of mobile-only users at 3.7bn by 2025; almost three-quarters of total internet users. Five countries are expected to account for half of all growth in mobile users over the period: China, India, Indonesia, Nigeria and Pakistan. The price of smartphones in these markets continues to fall, while the burden on income from mobile data prices is also reducing.

Further, 5G rollout, which begins in earnest this year, will facilitate higher connection speeds and data transfer in more advanced markets. Ericsson believes 5G will cover over two-fifths of the global population in 2024, by when 18.4% (1.5bn users) will have a 5G subscription.

Advertisers will be able to reach this audience with high-quality pre/mid/post roll advertising across a near-instant connection. Mobile already accounts for the majority of online video viewing, and daily time would conceivably top an hour per day by 2025 if current growth rates are maintained.

Consumer data are a highly valued resource; practitioner attitudes do not square with users’

Much of the growth in mobile advertising is being fuelled by the boom in programmatic trade. Almost two-thirds (62.6%) of digital display adspend (across mobile, desktop and tablet devices) was traded by machines in 2018, or $71.5bn, according to Zenith data. This is up from a share of 37.3% in 2014, and has trebled since 2013. Paid search and social media are programmatic by design.

Real-time buying (RTB), which leverages consumer data (such as browsing habits and interests, as well as core sociodemographic and purchasing metrics), should enable the right ad to be seen by the right person at the right time – the result of a near instantaneous pairing made by algorithms during each page load. This is mobile advertising’s promise, but the practice is not without its pitfalls. Yet the vast majority of mobile ad space now traded programmatically, and the money spent by advertisers on the first, second and third party consumer data which inform these ads has grown exponentially.

In the US, where over half (54.7%, or $39.1bn) of programmatic money is transacted, almost one in five (18.9%) marketers is not at all worried about using third-party consumer data. Over half (56.6%) ranked their level of concern between one and three, indicative of a low level of worry, according to the Association of National Advertisers’ latest CMO survey.

The results do not align with consumer concerns. Fewer than half of Americans trust social media companies with their personal data, while some 57% are unwilling to share their social media posts with advertisers. Most users don’t know Facebook collects data relating to their interests.

With the introduction of the General Data Protection Regulation (GDPR) last May, a series of high profile data breaches, and an inquiry into Facebook’s handling of its user data, privacy concerns are now at the forefront of digital consumerism.

An unintended impact of GDPR appears to be the consolidation of power among Facebook and Google. Data show that, in the months following the introduction of the GDPR, the reach of Google’s ad trackers actually rose, by almost 1%. In the UK, consumers were found to be most likely to opt in to Facebook and Google’s privacy policies.

Google was found to be in breach of GDPR last week, while Facebook is facing a ‘record’ fine from the FTC for its mishandling of user data. Still, there is little to suggest that ad investment will abate, and this trend will push mobile to become the most valuable advertising platform in human history. 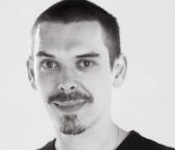 Get a demo
Topics
Send feedback